Suruga Date Documents (Medieval) have been newly released by a joint project with Princeton University.

The Suruga Date, a family sharing the same ancestor as the famous Date Masamune of Northern Japan were a warrior (kokujin) family based in Suruga Province (currently known as Shizuoka Prefecture). They moved to Tsuyama domain in Mimasaka province (current day Okayama Prefecture) where they survived during the Early Modern era (1600-1868). In all, 118 documents survive in the Suruga Date collection, with the oldest dating from the fourteenth century, and the most recent dating from the late nineteenth century (Meiji era).

Of those documents, the oldest 56, dating from the fourteenth century through 1467, are reproduced in their entirety. Many are from the Ashikaga shoguns, or protectors (shugo) and high-ranking officials. Among them, the petitions for military award submitted by the warrior Date Kagemune are informative, while the documents dating from the 14-15th century from the Imagawa, a hegemon of Eastern Japan, are particularly rare. 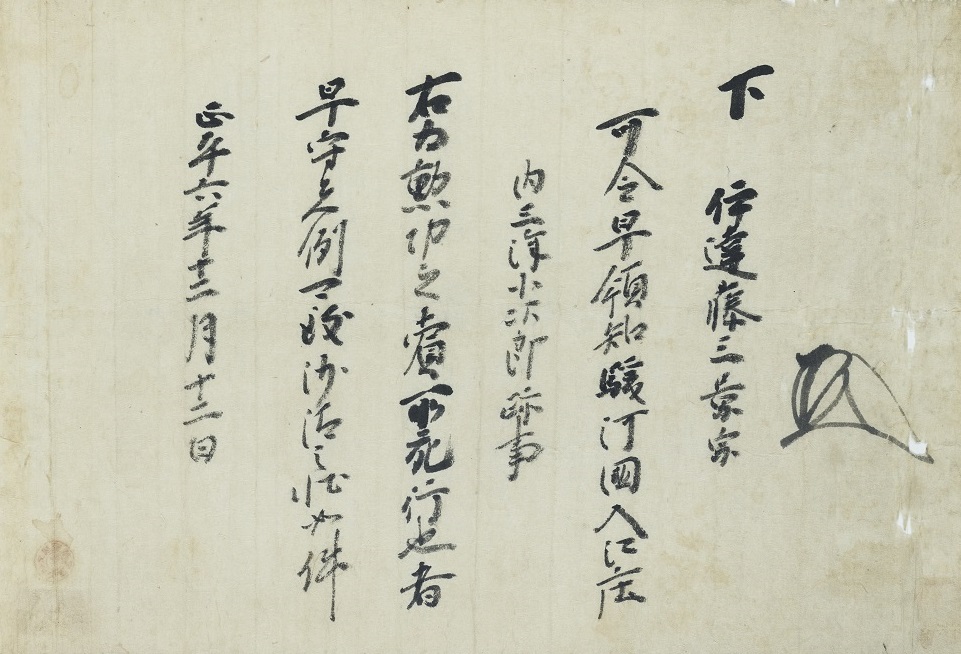 Kyoto University and Princeton University have initiated a joint project in March 2020 in order to deepen the knowledge and awareness of Japanese history and culture throughout the world. The goal is to disseminate images, transcriptions, translations, and research about Japanese documents owned by the Kyoto University Museum.